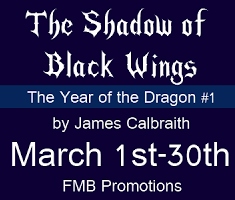 The FMB blog tour is over. It lasted for 30 days straight, and it’s time to sum up the results.

It’s impossible to quantify the effect of the tour in terms of sales – at the same time I was running several promos which boosted the sales much more. But the tour was never about sales: it was about getting exposure, reviews, followers. And in that, I’m quite happy with how it worked out.

416 people took part in the giveaway (if you’re one of them – I’m still waiting for the ballot results). My FB page and this blog received a few dozen new followers – which may not sound like a lot, but is a considerable increase over my average numbers 🙂 I got a lot of positive reviews, more importantly, ones that feel authentic rather than the store-bought “couldn’t put it down!”. A couple of bloggers did not put up a review, which I suppose means the books weren’t up their alley, which I don’t mind. All in all – money well-spent 🙂

One unexpected result of the blog tour was discovering the world of Host Blogs – that is, blog sites that thrive, and indeed exist, only to serve as hosts for blog tours. Some of them post several different blog tour stops a day. Looks like a lot of hard work, so I wonder what the incentive to operate something like that is. I can only assume it’s worth it 🙂

Here’s the list of all the tour stops, by category:

I won’t be posting much on this blog for a couple of days, as I’m preparing for my March Blog Tour – 30 visits in as many days. I’ll update this post with details as they come.

March 15th- I am, Indeed (Review/Giveaway)

March 23rd- YA Books of Witchcraft and Wizardry (Review/Giveaway)

March 30th- The Many Muses of MaryLynn (Review/Giveaway)

This post is part of Laxmi Hariharan’s blog tour. The next stop on tour is:
Nov. 13th- b00k r3vi3ws 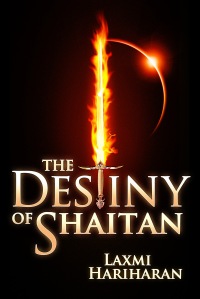 I’m always on the lookout for non-Western speculative fiction; there’s this stereotype of fantasy and science-fiction being a White, predominantly Anglo-Saxon (or at best Slavic) pastime. Even an occasional jaunt into the East often turns out to be just a Western writer seeking some new pastures.

Lack of diversity is never a good thing, so I’m glad to see  definite changes in what the pundits would call “the ethnic make-up” of the genre. This is an example of technology breakthrough bringing a breakthrough in art: the spread of internet and digital self-publishing enabled the authors shunned by the big Western agents and publishers to come into the spotlight. From Singaporean Steampunk to Vietnamese Science Fiction, the virtual bookshelves are filling up with literature only a few hobbyists in the West would have heard of otherwise.

Laxmi Hariharan is one of this new wave of independently published authors, though she is by no means a newcomer to the writing game – she’s an accomplished and popular blogger and journalist. Her debut novel, which I’ve been requested to review, “The Destiny of Shaitan”, is a space-fantasy strongly inspired by Indian mythology.

The book is a tough nut to crack. Laxmi makes a few bold choices: the writing is all in present tense; the chronology of the events is out of whack, at times making Tarantino look like Dr. Seuss; the dialogue often has no literary stylization whatsoever – although I suppose in the distant future language like that would be considered archaic in its own right. And finally, the world created in the book, though ostensibly science-fiction, is pure fantasy in space, verging on pre-Campbellian era pulp.

All this makes the novel difficult to follow at first, but also gives it a unique flavour. “The Destiny of Shaitan” is the marmite of science-fiction, and will not be to everyone’s taste.  What it definitely is, is different – and if diversity is what you’re after, then this book may just be the right choice.

From the Press Kit:

YA epic fantasy novel The Destiny of Shaitan is a delicious blend of gods & humans, offering a glimpse into your own power. This coming of age story is painted against the backdrop of a post-apocalyptic world.
When Tiina accompanies Yudi on a mission to save the universe from the
ruthless Shaitan, she seeks more than the end of the tyrant; she seeks herself.
Driven by greed and fear for his own survival, Shaitan bulldozes his way through the galaxy, destroying everything in his path. Tiina wants Yudi to destroy Shaitan, thus fulfilling the prophecy of Shaitan being killed by his son. But she finds that Yudi is hesitant to do so. The final showdown between Tiina, Yudi, and Shaitan has unexpected consequences, for Shaitan will do anything in his power to win the fight, even kill Tiina. The stakes are high and the combatants determined. Will Shaitan's ultimate destiny be fulfilled? To find out get your own copy here http://tiny.cc/i24qew 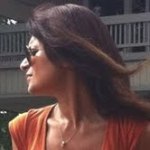 While born in India, Laxmi Hariharan has lived in
Singapore and Hong Kong and is now based in London.
She has written for various publications including The
Times of India, The Independent, Inside Singapore,
Inside Hong Kong and Asian Age. Indian mythology
inspires her work. When not writing, this chai-swigging
technophile enjoys long walks in the woods, growing eye-
catching flowers and indulging her inner geek.