Boring, predictable and overlong, this one feels like a one-sentence pitch forcibly extended into a 90 min episode. The foreshadowing is very on the nose, the twists are straighter than EU bananas. The main idea could have been executed in a number of better ways, and the inclusion of the ADIs felt somewhat silly. I’d have expected more of the episode spent on exploration of the social media-mob-like mentality, rather than hard sci-fi gimmickry and bad CGI. I can’t help but feel that this is one of those episodes than in the previous, 3-eps long series, would have stayed on the cutting room floor.

None of the reminding five are bad episodes – but some are better than others. In this one, a simple – a bit too simple – idea is made decent by good directing and acting (I’m a sucker for Jerome Flynn). A nice double twist at the end redeems its lack of substance. It’s got one other thing going for it – I’m sure it made thousands of people tape-over their laptop cameras!

A straightforward horror. Great acting from Wyatt Russell, overshadowing everyone else. What makes this episode falter is its length – paradoxically, it would’ve been much better as a feature-length movie, with plenty of time to explore the inner horrors of Cooper’s mind. As it is, it feels a bit rushed, but still good.

Classic Black Mirror, this one wouldn’t be out of place in any of the previous seasons. Let down slightly by the ending, but for 90% of its running this one is a nail-biting ride in the vein of Fifteen Million Merits or White Christmas. The design and special effects are pitch-perfect – from sleek phones that make the iPhone look like an old Nokia, to the run-down “retro-futuristic” “old” cars. And the message is one that affects everyone who’s ever done anything “rate-able” on the internet – which by now, is pretty much all of us. 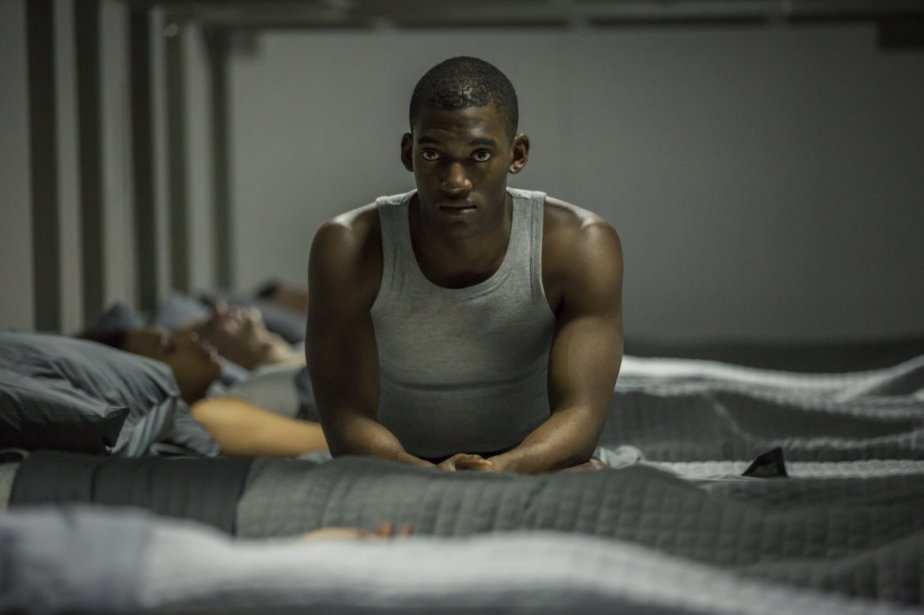 Not so much a cutting edge of satire, as a bludgeoning sledge-hammer. This is the world won and ruled by the likes of Katie Hopkins and her followers – only with better AR technology… but the chilling realization here is that the AR is not really necessary in a world where a publicist can compare real people to cockroaches and keep the job. And while every episode of this season attempts to tackle several social and technological issues at once, only a few juggle all of them as successfully as this one.

A beauty of the episode, this is Brooker at his most poignant and life-affirming. You’d never guess there’s so much warmth in the man made famous for throwing insults at a TV screen. The 80s visuals are as perfect here as the future in Nosedive. And it’s a great reminder that, for all his warnings and pessimism, CB is not some tech-hating Luddite.

The British Comedy Awards 2011 have been given out. We have seen what the jurors and the public deemed the funniest in the first year of the new decade (summary of the previous decade in comedy can be seen here)
In honour of that, here are my personal top five new comedy shows. Miranda already won the real best new comedy, very deservedly, so she’s out of the list here.

1-word summary: SCOTTISH.
A bit of a hit and miss in the second series, this is Glasgow’s answer to Little Britain. The accent is funny enough, and a few of the characters are masterful – the two police men are my favourite. I hear they got signed for the third series recently.

1-word summary: RESPECTFUL.
A one-off drama about the commotion around Life of Brian. Script had weak moments, but casting was inspired: Darren Boyd, Charles Edwards and Rufus Jones were the Pythons reincarnated. If the originals were dead, that is.

1-word summary: CRINGEWORTHY.
Steve Coogan is back on top form. A bit after its time – the cringe-worthy mockumentaries are sooo 2005 – it still nevertheless hit that crucial spot between ROTFLOL and OHGODMAKEITSTOP. And the Michael Caine impersonation duel is comedy history – probably the most memorable scene of 2011 tv.

1-word summary: DARK.
This one’s only just started, but is already a strong favourite. It’s very, very dark – even darker than Psychoville, maybe – and at the face of it, the only thing that puts it near comedy is that it’s written by Charlie Brooker. Brooker himself makes a comparison to Twilight Zone, but it’s a very British Twilight Zone – one that goes deep into social satire instead of just boggling the mind with Weird.

1-word summary: HILARIOUS.
This is the only new British show that I would bet on making an impact abroad. In a few years time, they will make a US remake set somewhere in Bronx, with jackals instead of foxes and a latino pigeon. Definitely the best new comedy of the just started decade.

1-word summary: AIDS
It’s trendy to pile heaps of dung on this show. All the hipsters hate on Ricky Gervais for becoming too mainstream, all the uneducated publicistas claim it’s a mockery of a minority. But I can’t help it – the show makes me laugh. It’s not the best out there, but there certainly have been a lot worse offerings in tv comedy this year, which have not been so thoroughly panned by the critics – Fresh Meat, I’m looking at you – and all the celebrity bits are Gervais and Merchant at their best. If you don’t laugh at the Liam Neeson scene, you are simply braindead.