Today, 98% of those who took part in the Hungarian referendum voted against the EU plan of resettling the refugees arriving on Europe’s beaches.

People who lived through World War II outside the Nazi-occupied territories had to later confront the pertinent questions: “what did you do during the war? How did you react to the atrocities? How have you helped, or if not, how did you sleep at night knowing what was going on?”

Well, now we know. It’s remarkably easy not to care about others if they’re far enough, or different enough. It’s easy not to think of the victims as human, of the dead as people, of the refugees as anything other than an invading horde. It’s so easy, it doesn’t even take a sustained campaign of dehumanization, by the media and the politicians, to do so – it seems as if all we need is the flimsiest of excuses not to give a fuck about anyone else than ourselves. 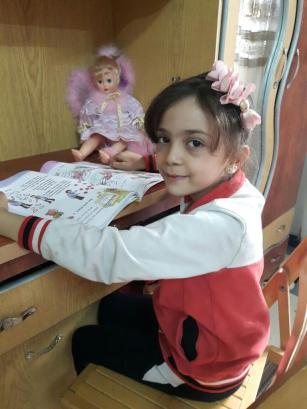 What is the point of teaching history, if we don’t see the most obvious of parallels when they hit us between the eyes? What is the point of reading about Anne Frank, and building her a museum, when we don’t care about today’s Annes, like Bana Alabed live tweeting from bombed Aleppo? Only worse, because this time we all know she – and so many others – are there – and still we do nothing to help.

You know what’s the most terrifying? It’s that Syria is so fucking close. It’s the closest war to the West since Yugoslavia – both in terms of geography and culture. It’s one of the oldest civilizations in the world. It is – or used to be – what we like to call a “proper country”, with universities, science, literature, classical music, everything we expect of a people “like us” – and yes, I’m using those awful, racist categories, because this war has shown what awful, racist scum we all have become in response. It’s easy to imagine Syrians a few years ago thinking, “we’re not Afghanistan or Somalia – if anything bad happens, we’ll get help, because we are like them”. But no, all of this wasn’t enough. The colour of skin and the foreignness of religion was all it took to turn a nation of doctors and poets into a barbarian horde of “cockroaches”, swarming against our borders, their real intention to blow us up and rape “our” women.

I could go on, but it doesn’t matter. Those with their heart in the right place, already know all of this. The rest of you – just remember this: karma is a bitch. Yugoslavia, Ukraine, Syria… They used to be like “us”. Like you. One day, your country too could become a living hell for some random, unexpected reason. One year you host the Olympics, or the Euro, the other – cluster bombs and poison gas are falling on your head.

For your sake, when that happens, I hope the world will treat you better than how you treat others today.

2 thoughts on “The shame of our time.”